‘We follow our heart, we create, and we inspire.’: an interview with Oksana Yushko from DOK19

A Russian visual artist and photographer Oksana Yushko was born in Ukraine. She is currently based in Moscow where she focuses on personal projects in Russia, Ukraine and other post-Soviet countries. Her projects focus on human rights topics, environmental issues, women’s lives, cultures and traditions. Collaborative projects and interaction with other photographers nurtures her photographical process and has led to several international group exhibitions, collaborative projects like Beyond91, a photographical exploration of Eastern Europe through the eyes of the “Perestroika Generation” and the web-documentary project Grozny: Nine Cities´.Oksana comes to DOK19 to share her project and gives us a glimpse into her ongoing projects.

Can you tell us a little bit about yourself?

I came to photography from a totally different background graduated from a technical university and being a specialist on applied math. And I am happy to say that it was a good base. Later, becoming a visual artist, it gave me a good starting point and some structure for my creativity. My photography started at the time when I began to learn more about myself through meditation and traveling, doing volunteer work, meeting people and being inspired by them. And it’s always connected to people. I learn through my experience, whatever good or bad, and it’s all about those connections.

How did you become interested in documentary photography and when did you decide that was what you wanted to do for a living?

Sometimes our decisions are too emotional but I think it also makes us moving forward. My development as a photographer and a visual artist started from a blank paper, when I understood that everything I was doing before became too easy or even boring. I have changed my life and I hope I will never stop progressing. My family has supported me in my choice, and I was able to learn step by step what I became interested in at that moment. I started from reportage photography being a stringer in Reuters agency, doing small assignments for local newspapers, later working as a freelance photographer for the Russian Reporter Magazine. It was almost 13 years ago. And I have been learning, working and meeting people who inspired me, visiting various places and countries. Before I have never been interested in social, environmental issues, human rights, charity and volunteer work, and suddenly it all came to my life. The world has been changing dramatically and I couldn’t be distant. Since then I keep working both on documentary assignments and on my personal projects, which now, I believe, have a more thoughtful approach and a visual concept, a keystone in storytelling. There are several I keep working at the moment along the Volga river and in the Baltic Sea region. ( ‘In Search of Islands’ project) I also work on installations and art projects based on photography, which could go much further than plain documentation of truth.

Military cadets mount a guard of honour during a speech by Ramzan Kadyrov, head of the Chechen Republic at the Victory Day parade in Grozny in 2010. The day commemorates the defeat of Germany in the WWII.
Photo by Oksana Yushko/Grozny: Nine Cities project.

What do you usually want to tell people through your photographs? What are your favorite topics to work with?

My projects are usually the reaction and response to something happening in my life or in the world. Let’s say, photography is full of my thoughts and I want to reflect them to the audience. I want to make people think in a different dimension, without stereotypes and prejudices, not dividing things just to black and white. My photography is always about people. Or nature. Or both. When I photograph conflicts or social injustice, human rights issues or environmental topics, I try to show connections and relationships, the reasons for that, thinking about my characters first of all. I am not a conflict photographer, but I analyze and want to see the wider scenery. It gives multidimensional perception and allows to tell about that with more wisdom and clarity, with love and compassion.

Among your projects, could you pick one memorable scene?

I work on several projects at the same time, and it helps me to switch between them and to have my eyes open. I could tell thousands of stories from different trips but I just came back from the Baltic Sea region, where I have been working on a new project, and the scene which came to my mind is from there. I was in the forest at the ornithologist station. Now it’s time for migratory birds to come back to the North. I was together with scientists inside one of the biggest bird traps in the world. They are about 17 meters high and several times wider. Birds come to this trap flying on their way, and then, within an hour, ornithologists catch them up, ring and release. I moved very slowly and spent inside the trap much more time than the others. I was watching birds and nature around and was attracted by bright flowers on a very side of the trap. Suddenly I saw a small bird stuck in nets in a very unusual place. They could fly freely inside the traps, but this one somehow got stuck. The bird was very small and tender, and it took me several minutes to unwrap netting. I should call a specialist, but somehow I managed to do it myself very slowly and tender. The bird was in my hands several seconds while I was moving towards the end of the trap, and then I let it go. It was a small episode, but it means a lot to me. Shooting a project about relationships between humans and nature that was it. Small steps in this crazy world that all of us can do every day. 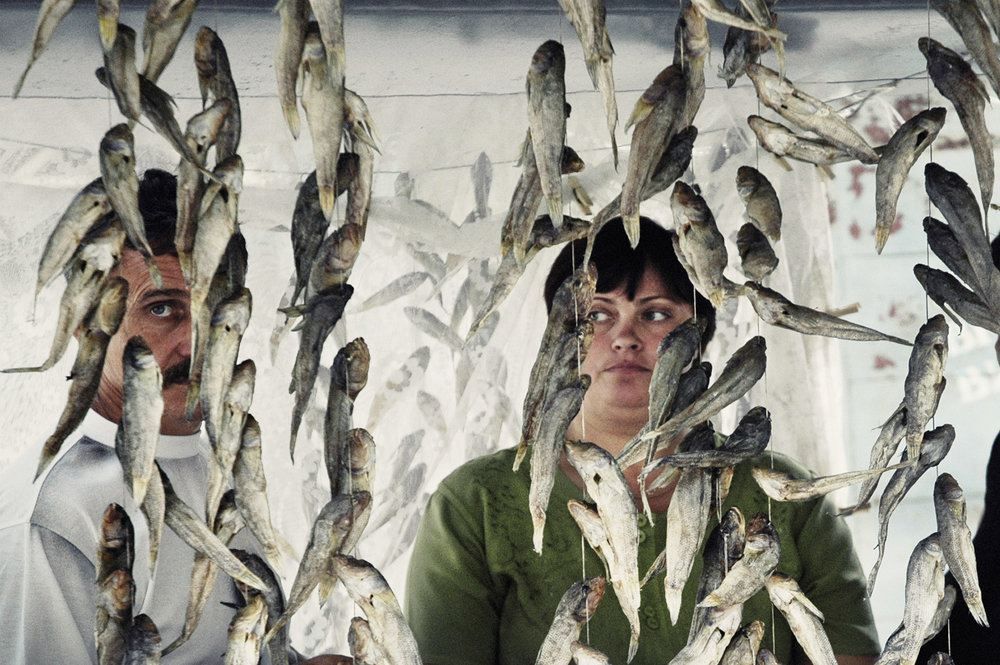 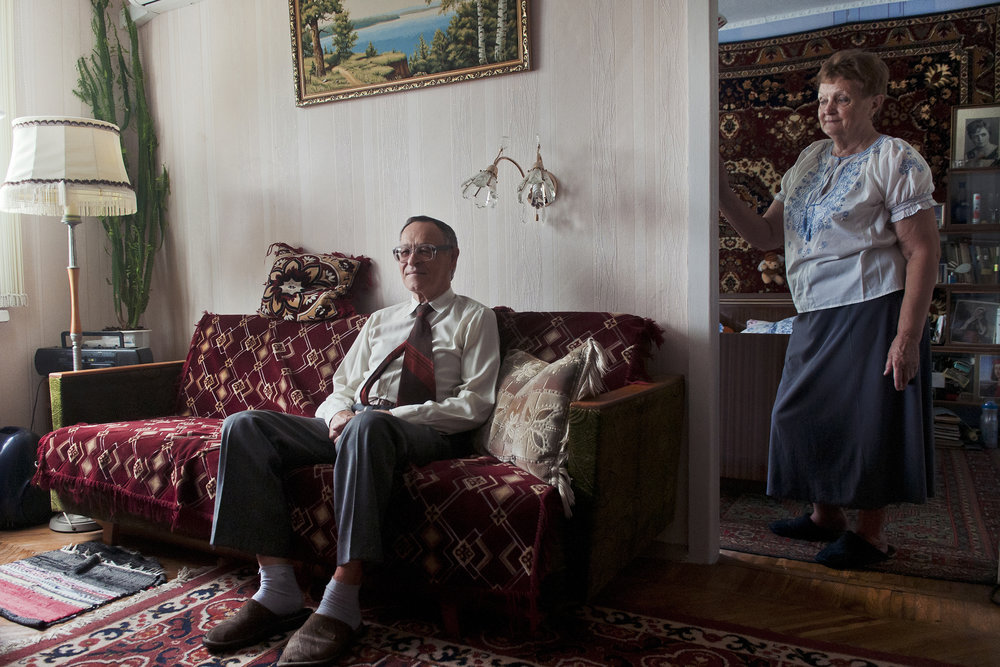 Engelina Georgievna and Viktor Kuzmich live in Kharkov, Ukraine. This is where the project ‘Familia’ began, with Yushko’s Russian mother and Ukrainian father. They met at Kharkov State University, and have lived together for more than past 50 years.
The conflict in eastern Ukraine has raged for nearly five years now, pushing to the brink anti-Ukrainian sentiment in Russia and anti-Russian sentiment in Ukraine. But the ties between Russia and Ukraine have always been close, and not just in a political sense: you can find Ukrainian relatives in just about any Russian family, for instance. Photographer Oksana Yushko set out to show that many Russians and Ukrainians are still bound by love, creating a photo series about Russian-Ukrainian couples from all over the two countries, from Lviv in Ukraine to the Russian Far East.
Photo by Oksana Yushko/Familia project.

I see your projects are based in several locations around the world. What kind of characteristics of city/area inspire you?

If we are talking about visual part first thing that attracts me is the light. The atmosphere makes the project look totally different. You feel it from inside how the light changes everything around. For instance, working on ‘Grozny: Nine Cities’ project my colleagues and I agreed not to go to Chechnya during summer, because the light is too bright and we didn’t want it.

I like misty cities, wide abandoned landscapes, authentic experiences close to nature. I love when places smell history. But I need at least one person or animal living there, otherwise it’s only for my Instagram feed. The thread of my stories is people.

Photojournalism sometimes entails serious and dangerous surroundings. Have you ever faced any difficulties as a woman documentary photographer?

Yes, I did face some dangerous situations which I would like to avoid. But those gun men were going to crash me and my camera or a boat trip in the middle of stormy weather could also happen to a man, there was no difference. As a woman I didn’t get access several times working in Muslim communities because of existing rules. But also, the traditions have been broken sometimes because “I was not a woman, but a journalist”.

What are the tools you use when working with photographs? (I feel like some of your photographs seem like paintings.) Have there been any changes of the tools that you enjoy using now and the past?

I shoot in RAW and, of course, when I convert files to jpgs I edit white balance, contrast, lights and shadows, etc. I use Camera Raw for Photoshop and I like the results before and now. I also shoot on film with a Hasselblad camera, then develop and scan the films in the lab.

As a storyteller, what is your tip to connect with audiences?

I believe we connect through our feelings. I am very honest with myself in what I am doing. And of course, I am honest with people who I work with. First of all, I am talking about them and their stories. I love my characters. I care about the same issues and topics that people are interested in, I try to educate and to raise questions. My goal is to make people think and to inspire.

Do you have any advice for those pursuing a career as a photographer?

Photography is a very intuitive business. We follow our heart, we create, we inspire. We come and leave, and people stay. We, as photographers, shouldn’t do people’s life worse after we left. And sometimes we could do it better.

Boys use a ferry as their personal playground jumping off from it to the Volga river.
During summer time ferries go twice a day connecting the mainland and the Yurshinsky island on the Volga river.
Before 1940 the area of the Yurshinsky island was part of the mainland. But when the Rybinsk hydropower plant was built, many hectares of land went under water and the peninsula became an island.
Volga river, Russia, 2017
Photo by Oksana Yushko/ In Search Of Islands project.

FotoStation: Get a Free Trial now! 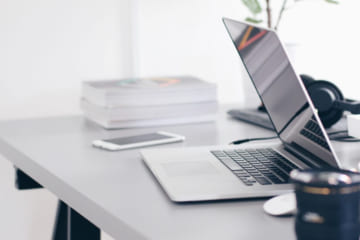 Get FotoStation Pro with 25% Discount

This May FotoStation celebrates its 25th birthday! To mark it, we created very special offers for our FotoStation Pro — you can get it with 25% discount til May 31st 2020. 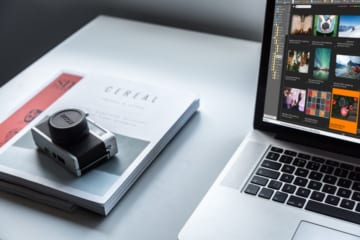 This May we are celebrating our 25th birthday and have a special offer for you! Get FotoStation for a greatly reduced price by May 31st.